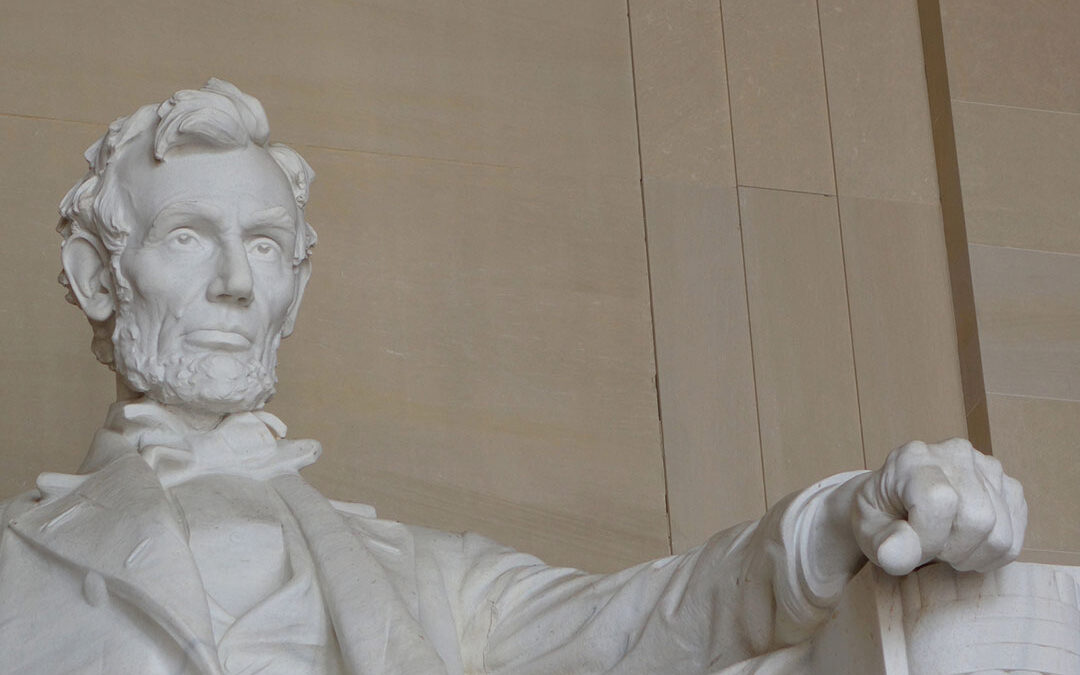 There is little argument to the fact that Abraham Lincoln was a great president and leader of our country. His leadership seemed to help all good men in their efforts to sense the possible dignity of the common man and common things – a government under God “of the people, by the people, and for the people.” These memorable statements are quoted more often than any other in American history.

Lincoln’s profound insight guided him in administration and helped stimulate the country’s economic and social well-being. His “Ten Guidelines” provide much needed wisdom in our current day and time:

While Abraham Lincoln had a great respect for the law, his religious life was a significant factor in his impact on our great country. In his early life he saw God in the life of his mother, heard Bible stories, received godly teachings, and sought to live by the request of his mother to live as he had been taught and to love the Heavenly Father and keep His commandments.

Abraham Lincoln considered God not the god of the philosophers, but the God of his mother, Nancy Hanks Lincoln, and of the Bible. Religion to him was not a philosophy which he was to formulate, but a personal experience into which he was to enter, whereby he was to “confess his sins and transgressions in humble sorrow,” and trust in the mercy and grace of a Merciful God to forgive his sin and grant him a change of heart so he would become a child of God, and love God with all his heart.

While this is just a small window into a great man’s life, I want to encourage you to study and learn about the inside personal lives of those who have gone before us. Look into their faith and commitments. The ideals they lived for and believed in. Then make a list of what you believe in. What are your values? What do you wish to pass to the next generation? What are the things you would die for? Are you involved in anything that is greater than yourself – a religion, a movement, a brotherhood?

The following are books I highly recommend to learn about yourself and others:

Abraham Lincoln – The Man and His Faith by G. Frederick Owen